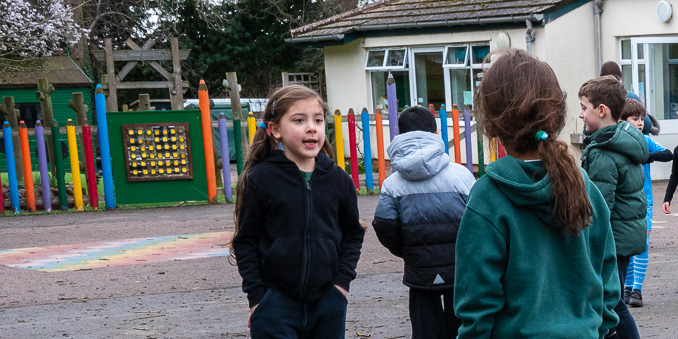 “To have another language is to possess a second soul.”  Charlemagne

Studying a modern foreign language is not just a National Curriculum requirement for us at St Michael’s; it is a chance for us to teach our children about a different culture while equipping them with the beginnings of linguistic skills to enhance their experience of the world. This is reflected in our approach to teaching Spanish.

Why do we learn Spanish at St Michael’s?

Spanish is our chosen language in Key Stage 2 for the following reasons:

How we teach Spanish

Children in Years 3 to 6 have weekly lessons, which focus on different topics.  Children learn important vocabulary while also bringing in the necessary grammar, such as masculine and feminine forms, agreements of adjectives with nouns (gender and plurality), etc. With each topic, we revise and reinforce previous knowledge so the children gradually learn to apply their knowledge to new situations.

With young children, one of the most effective ways to teach is through songs, stories and rhymes, as repetition helps to reinforce learning. It is also more fun and interactive and brings the language to life – the children definitely seem to enjoy this approach! You can find examples of the songs we use on our provision maps and you might like to try them at home if you wish and join in.

We also use more traditional methods of writing language and vocabulary down, as well as giving relevant activities, which help to make the learning more relevant to our pupils. Our focus at this point in their academic career is to make languages fun, approachable and achievable, so they feel positive as they progress to secondary school.

Cultural appreciation is as important to language learning as vocabulary and grammar. Therefore, we include sessions that teach the children about special customs and celebrations in the Spanish-speaking world, such as:

We show videos, give artwork to complete, sing songs and provide reading material to teach and consolidate their learning. We also held a fun Spanish food-tasting session in the first year of study to introduce children to typical Spanish foods and drinks, inviting them to give their opinions (in Spanish, of course!). Habas fritas (baked and salted broad beans) and chorizo (spiced sausage) were popular but horchata (sweetened tiger-nut milk) was not!

We have been teaching Spanish at St Michael’s for two years now and are broadening the curriculum with each new year. Year 3 is on the first year of study, while years 4 to 6 are on their second year. You can find curriculum details here:  Spanish Programme of Study.

The ultimate goal is that, by the end of their time at St Michael’s, children will have developed their speaking and listening skills and be confident having simple conversations in Spanish and responding to questions. They will be able to use their knowledge of grammar and how the language works to read simple passages in Spanish and write and copy short sentences. Through their exposure to Spanish culture, they will have developed an understanding and appreciation of the cultural traditions and practices of Spain and the wider Spanish-speaking world. Most importantly, the children will have started their journey as language learners and language lovers and be in a fantastic position to transition to secondary school.

We use cookies on our website to give you the most relevant experience by remembering your preferences and repeat visits. By clicking “Accept All”, you consent to the use of ALL the cookies. However, you may visit "Cookie Settings" to provide a controlled consent.
Cookie SettingsAccept All
Manage consent

This website uses cookies to improve your experience while you navigate through the website. Out of these, the cookies that are categorized as necessary are stored on your browser as they are essential for the working of basic functionalities of the website. We also use third-party cookies that help us analyze and understand how you use this website. These cookies will be stored in your browser only with your consent. You also have the option to opt-out of these cookies. But opting out of some of these cookies may affect your browsing experience.
Necessary Always Enabled
Necessary cookies are absolutely essential for the website to function properly. These cookies ensure basic functionalities and security features of the website, anonymously.
Functional
Functional cookies help to perform certain functionalities like sharing the content of the website on social media platforms, collect feedbacks, and other third-party features.
Performance
Performance cookies are used to understand and analyze the key performance indexes of the website which helps in delivering a better user experience for the visitors.
Analytics
Analytical cookies are used to understand how visitors interact with the website. These cookies help provide information on metrics the number of visitors, bounce rate, traffic source, etc.
Others
Other uncategorized cookies are those that are being analyzed and have not been classified into a category as yet.
SAVE & ACCEPT
Translate »